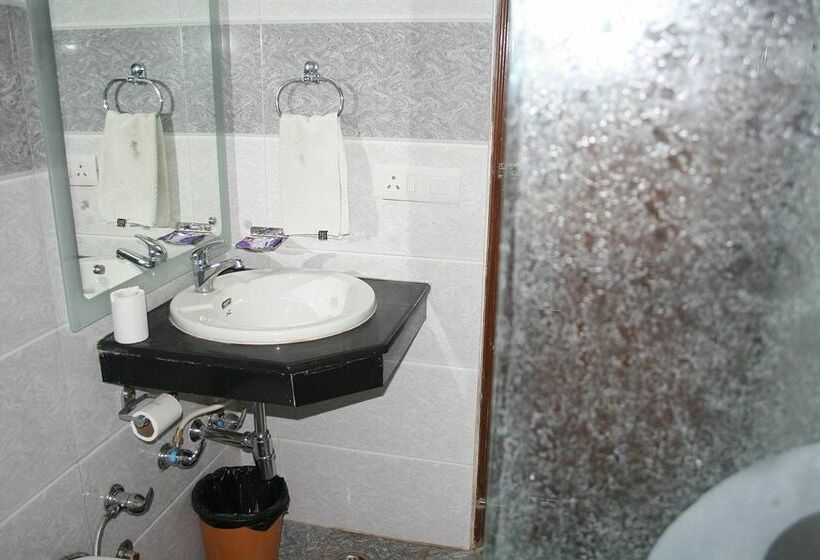 A stay at Hotel Rahul Palace places you in the heart of New Delhi, convenient to Laxminarayan Temple and Red Fort. This family-friendly hotel is within close proximity of Birla Mandir Temple and Sadar Bazaar. Be sure to enjoy recreational amenities including a spa tub and bicycles to rent. This hotel also features complimentary wireless Internet access, concierge services, and babysitting/childcare (surcharge). Getting to nearby attractions is a breeze with the area shuttle (surcharge). Featured amenities include a business center, limo/town car service, and complimentary newspapers in the lobby. Event facilities at this hotel consist of conference space and meeting rooms. A roundtrip airport shuttle and a train station pick-up service are provided for an additional charge. Make yourself at home in one of the 28 air-conditioned rooms featuring refrigerators. Satellite television is provided for your entertainment. Bathrooms with shower/tub combinations feature deep soaking bathtubs and complimentary toiletries. Conveniences include desks and complimentary newspapers, and housekeeping is provided daily.